As our world gets more advanced and digitized, we often take surveillance cameras for granted. What was once a luxury has now become virtually available anywhere.

The first ever CCTVs were introduced during the Second World War in 1942 with the initial purpose of watching weapons, not people. A few years later, they were then used to observe nuclear bomb testing. Historically, this technology was only available for military purposes.

Fast forward eighty years later, surveillance cameras have now become a common household name in home security. Coming in a variety of sizes and types, these cameras provide both homeowners and renters with a cost-effective solution to increase personal safety.

To learn more about the different types of surveillance cameras and how they work, continue reading below!

As a first-time buyer, it is easy to get confused with all the cameras available in the market today. To keep things simple, there are two main types of surveillance cameras—outdoor and indoor. However, these can be further classified into some of the following:

This type of camera is connected to a DVR (Digital Video Recorder) by an ethernet cable or a coaxial cable. Wired Indoor Cameras are commonly mounted on ceilings to provide a wider field of view. Wired cameras, whether indoor or outdoor, require professional installation.

Similar to wired indoor cameras, they are also connected to a central recording device. The most common kinds are bullet-type and outdoor dome cameras. They can be mounted on the corner of a wall or ceiling for a better view.

As the name suggests, wireless cameras or also known as IP cameras, need to connect to a Wi-Fi network in order to store surveillance footage in the cloud. Installation is also more straightforward as no cables are required. However, they still need to be plugged in order to record and store footage, as well as send live feeds to your connected devices.

A wireless outdoor camera is simply a more durable and weather-resistant version of its indoor counterparts. Due to their larger build, they must be mounted using a dedicated mounting plate and screws. Other advanced features are also included such as night vision and two-way audio.

Unlike the other cameras that need to be plugged in, these wireless cameras operate on batteries. Due to their limited power capacity, they only record and send live feeds whenever they detect motion. Some wire-free outdoor cameras have solar charging capabilities to increase battery power and recording time.

Floodlight cameras are wireless outdoor cameras with similar features to normal ones, with the addition of floodlights. In order to work, they need to be hardwired into existing lighting wires or plugged into an outlet. These lights can automatically turn on when the camera detects motion, which allows for a clearer recording at night and can scare away potential intruders.

Wired vs. Wireless: How Do They Work?

A surveillance camera is a video recording device that captures footage of a designated area in your property. However, the way each type of camera performs its function can vary depending on the technology used.

In order to utilize surveillance cameras to their full potential, we must understand how they work.

Wired Surveillance Cameras are meant to record 24/7. They often resemble a long cylindrical shape and can either be analog or digital. Wired cameras are physically wired to an on-site video storage device and use DVR (Digital Video Recorder) or NVR (Network Video Recorder) technology to record their footage.  They also receive power and transmit footage using the local video storage device.

A wired surveillance camera locally stores all the footage it captures. However, network video recorders can integrate with digital cameras. Digital cameras or Internet Protocol cameras (IP) record in a digital format. They are also able to connect to the IP network of your home using an ethernet cable, which allows for remote viewing of the footage without the need for a conversion process.

Wireless cameras, also known as the Internet of Things (IoT) cameras, are the more advanced version of surveillance cameras.

Depending on their power capacity, they can either record 24/7 or start recording when they detect motion. Most wireless cameras are also fitted with other features such as smart controls, two-way audio, and floodlights.

They are also often integrated with smart home systems like Alexa or Google Assistant. Some are even able to analyze footage and notify you through an app whether there’s a package or a person in your front yard.

However, the only downside to having a wireless camera is that it is highly dependent on the strength of your Wi-Fi network. Wireless cameras must maintain a strong signal and connection to your network to record clear footage and send a live feed to your connected devices. If there’s any disruption to your connection, then your camera wouldn’t function properly too.

Looking for practical gadgets to buff up your home security? Check out this Security Forward article now!

The Essential Practices Businesses Should Establish For A Secure Workplace 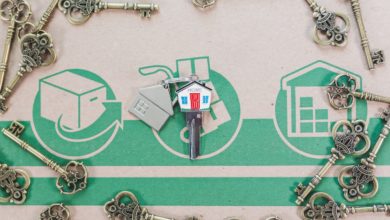 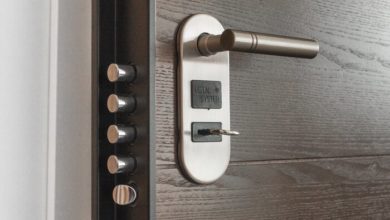