Perimeter security in cybersecurity refers to the process of defending a company’s network boundaries from hackers, intruders, and other unwelcome individuals. This entails surveillance detection, pattern analysis, threat recognition, and effective response.

Each private network is surrounded by a perimeter. It serves as a secure wall between networks, such as your company’s private intranet and the public internet.

Your network support agency, Managed Service Provider (MSP), or sometimes your internal IT department provides measures that protect your network from external attacks via the public web. These risks include hacking efforts, malware, ransomware, and other attempts at network infiltration.

It compares all data to a known list of cyberattack signatures, and your Managed Service Provider (MSP) takes the appropriate steps to prevent hazardous information from infiltrating your company’s private network.

They may compare network behavior to a pre-built threat database, which can detect a variety of security breaches, port scanners, and malware.

The IDS is essentially an alarm system that notifies the business when there is questionable behavior. It can be constructed entirely from a single device or by the use of strategically positioned sensors at various points throughout a network.

Intrusion Prevention Systems (IPS) are control systems that allow or reject data packets based on a predefined set of criteria that is updated regularly or automatically by your managed service provider.

Compared to a standard intrusion detection system, which alerts administrators and managed service providers (MSPs) to potential threats, intrusion prevention systems might include an automatic defense mechanism that prevents data from accessing the network without human intervention.

A firewall is a filtering mechanism with a specified set of rules for allowing and restricting traffic from the public network to access the private network and vice versa. It’s additional security that guards a company’s network against malicious packets of data that may disguise risks.

These are routers that manage traffic into and out of networks. Border routers are the final routers on a company’s private network before traffic connects to public internet networks.

Deep packet inspection (DPI) examines data transmitted across the network in detail, both inside and out, and analyzes for compliance violations such as Trojans, spam, viruses, or other set criteria. When it detects such infractions, it prevents the data from being received or transferred.

Perimeter security is a strategy that entails deploying effective devices, tools, and procedures to secure a network’s data and resources at its boundary. It is a subset of the broader topic of security and is critical for active system protection. To learn more about the different approaches to maintaining cyber security, check out this Security Forward article today.

How Big Is The Cybersecurity Industry

Tips for Opening a New Business in the Local Area 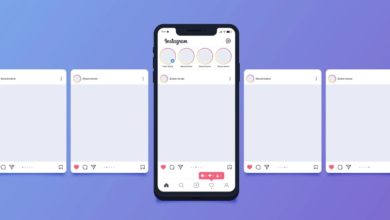 Instagram Brands: 15 Great Examples & How You Could Mirror Them

Recruiting Developers: Why Finding the Right People Is So Important