Security cameras have been around for longer than we can imagine. Since 1942, they have been capturing live videos and observing certain areas. No wonder video surveillance systems have gained popularity with this amount of history.

From 2015 to 2018, the number of operating surveillance cameras in the United States grew from 47 million to 57 million, nearly 50%. Just last year, 85 million cameras are now installed across the country. To put it in perspective, that is equivalent to one camera for every four people.

Government agencies and local businesses use networks of cameras as primary tools for monitoring population movements and preventing crime. We encounter them day-to-day—from bullet and dome security cameras to automated license plate readers and thermal cameras—they are virtually everywhere.

Security cameras bring numerous advantages to the table. Read on to learn more about why most people have them.

Whether you have a wired or wireless security camera installed, simply having them is enough to reap their benefits.

Video Surveillance Can Help Protect Against Burglary And Shoplifting

In 2019, 62.8% percent of the 1,117,696 burglaries in the US occurred in residential properties, while 26.4% were retail. Total damages caused by burglary amount to approximately $3 billion in losses.

Businesses without an alarm and surveillance system are also 4.5x more likely to be burglarized. It’s best to have security cameras prominently placed around your property to help deter burglars and prevent instances of shoplifting.

Surveillance cameras leave a good impression on your customers and employees. They will feel safe knowing that the security cameras put off potential muggers or thieves. It also shows them that you care about their safety and security; they’d also view your business establishment as a safe space to indulge in their shopping.

Video surveillance footage is one of the best investigative tools and material evidence for any criminal activity. It helps the police identify the perpetrators and prevent similar crimes from happening again.

How Is Video Footage Stored?

Security cameras record footage of your property and store it in various ways depending on the type of camera. Before knowing how long video footage is reserved, we must first understand how they are stored. Below is a list of standard methods security cameras use to store footage.

With the advancements in internet connectivity and data sharing, remote video storage for surveillance systems is a growing trend. Wireless cameras connect to your Wi-Fi to send and store all encrypted camera recordings within the cloud server. This allows you to view the footage in real-time or archive it for later viewing.

How Long Do Surveillance Cameras Retain Their Footage?

Being able to store surveillance footage for an extended time is extremely important. Lost security camera footage could be a tragedy, especially when you need a piece of material evidence for burglary or theft.  However, there are a few considerations you should know when it comes to storing video footage.

First, your storage technology affects how long you can keep surveillance footage. MicroSD cards have less storage space than a hard drive or a cloud server, so they would only be able to retain less footage.

Second, the quality of footage can also affect how much your security cameras can store. In contrast to analog cameras, wireless security cameras can record high-definition or 4k videos. But this takes up more space and, consequently, fills up your camera’s storage faster.

Once your surveillance systems have reached maximum storage capacity, they will overwrite older footage and replace it with new ones. You will always have enough space for the most recent footage by erasing older ones automatically.

However, you always have the option to store the video recordings on another storage device or manually delete unnecessary footage to free up some space.

The longer you need to store security footage, the larger your storage space should be. Nevertheless, security camera footage of hotels, supermarkets, and other low to medium-risk establishments is kept for 30 to 90 days. High-risk areas such as banks and casinos choose to keep their footage for six months to a year.

Are you wondering whether the security systems for your business are secure enough? Visit Security Forward now and check out their security system checklist.

How to Keep Your Family Safe While Traveling on Vacation

How To Install Security Cameras Outside 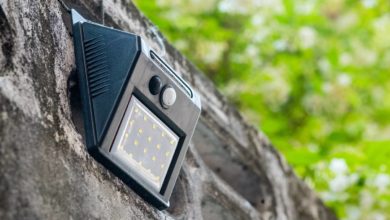 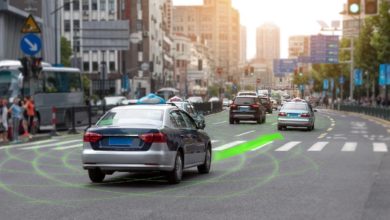