As internet patronage increases, so does the amount of cybercrime, making it one of the fastest-growing criminal enterprises in the world today. Cybercriminals make in excess of $1.5 trillion per year, based on recent estimates from studies carried out several years ago, so it’s likely even more today. So what are the kinds of crimes these individuals engage in, what cybercrime generates the most revenue? Surprisingly, it’s discovered that stolen data sits right around the top of that list. This data may come from individuals (such as yourself), but also companies and organisations.

Hackers don’t discriminate, when it comes to stealing data. They want it from everyone that includes, the wealthy executive to the small guy. One of the most profitable ventures online is to sell that stolen data to other websites, such data may include username and passwords and even bank account details.

It’s for this reason why you want to be up to speed on the latest cybersecurity measures. Fortunately, there are many articles that you can read on that subject. For now, we’re going to discuss misinformation, as that is equally important, when it comes to online security.

There are so many different myths circulating the internet that keep people vulnerable, making it easier for hackers to do what they do. So in this article, we will be going through 5 of the biggest misconceptions about internet security.

A lot of end users believe that internet security software is all they need to protect them from computer hackers. But the reality is antivirus providers are equally at risk of these hackers as you are.

Not so long ago, there was reports of a Russian hacker group that breached the servers of at least three antivirus providers. This information was then put up for sale on the Dark Web.

So what can you do to counteract this situation? One of the best things for you to do is add additional forms of security. You can go with two internet security programs at the same time. This way, you add an additional layer between the hacker and your sensitive data.

There are many bad people on the internet right now, devising new and improved ways of doing harm to others. But if you don’t take extra care, your cure can end up being worse than the actual disease. In order for the internet to thrive, it requires an ecosystem of trust, which, right now, is constantly being threatened. These hackers like to work against the openness, confidence and collective good will of those who operate and govern portals on the internet.

In a response to these growing threats, many governments are now calling for increased controls and even reforms for internet governance. The intention is for the government to crack down on our free expression, all in the name of domestic order. They also look to creating invisible trade barriers all in the name of national security. This is why it can prove a double-edged sword, when it comes to increased protection against online threats. These measures in many instances can end up destroying one of the most power tools for economic, political and social change, in all of history.

Most people of this generation are on the internet. The kinds of things end users do online varies. Socialising with people on social networks is one of them, but we do other things, such as shop online, work online and even bank online.

The internet isn’t just for entertainment, to watch movies or play video games, it’s also a crucial part of our lives. In order to fully enjoy seamless coverage anywhere at home, you may check Spectrum internet prices for affordable internet plans.

How difficult might a cybercriminal find it, for them to steal all the information we might provide to one of our social media accounts like Facebook, and then correlate that data obtained from a virus that has infiltrated our computer?

This can only be characterised as a slippery slope, which can later degenerate into our identity being used for unknown purposes?

It’s not uncommon to hear about an incident where an individual’s identify was stolen and money was taken from their bank account. But the one thing we don’t hear about, is the aftermath. The reality is that incidents like this can take months, even years to recover from.

These attacks can occur from virtually every part of the world, which makes it extremely difficult to bring the perpetrator to book.

When we look at things from this perspective, we discover that not having any internet security solution in place, can prove to be more costly than the software itself.

It’s for this reason why you want to make the investment, regardless of the costs.

In reality, this isn’t always so. As time passes, these phishing scams are becoming increasingly more difficult to spot. Primarily because of the increased sophistication in their construction. As a result, hackers have been able to infiltrate companies, government agencies and the personal accounts of CEOs. In fact, in the past year alone, we’ve witnessed a rapid increase in phishing scams.

Knowing the basics of not clicking on anything from an unsolicited email, will help, but is not always the be-all, end-all. In many cases, the email may arrive from someone you know, which could ultimately catch you off guard.

Internet security software is a must for the internet, regardless of where you go or what you do, while on it. Computer hackers want your data, so that they can sell it. This kind of information is stored in cookies on your web browser. This thus, becomes a big motivating factor for gaining access to your system and the confidential data contained on it.

When many websites out there all have extensive information about you, it increases the likelihood of you falling prey to a data breach. Which is mainly because all companies in general are vulnerable to such attacks. With security software, you can be sure of the safety it brings. It’s like having two-factor or multi-factor authentication, it provides an additional layer of protection we all need, as internet users.

Uchenna Ani-Okoye is a former IT Manager who now runs his own computer support website https://www.compuchenna.co.uk.

Ways to Protect Your Data from Online Snoopers and ISPs

How To Protect your Social Media Account From being Compromised: Easy Ways To Secure Your Data

Multiple Ways To Benefit From A VPN 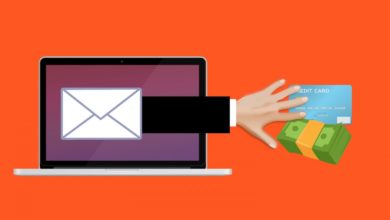 Cybersecurity Risks In The USA

How to ensure security while taking online exams at home