The latest government figures show that in 2020, the SIA (Security Industry Authority) awarded qualifications to 68,568 people. Each of these individuals had completed a three-day course and passed three exams, with the average cost of the course ranging between £150 and £250. However, of those 68,568 successful applicants, only 47,912 went on to actually apply for an SIA license.

These figures represent a significant drop-off from the previous year. From April – July of 2019 (the only figures that are presently available), 76.3% of those who completed the course applied for a license, while in 2020, this number was only 68.4%.

This sets a worrying precedent that may negatively affect the future of the security industry.

In this piece, we’ll try to isolate and examine the probable causes of this troubling statistic, as well as proposing some strategies by which the situation may be remedied.

It is worth noting that the figure cited above does not include people who failed the training course or left of their own volition. It only considers those who completed the course and passed the relevant exams. This means that 32.6% of people actually completed their SIA training and in turn qualified for a license, but ultimately declined the option to apply for one.

It is illegal to work in the private security industry without first obtaining an SIA license, so it is logical to conclude that those who did not apply intended to earn their living in a different area.

The fact that only 68.4% of those who completed the SIA training course last year took the next step by purchasing a license would seem then to be somewhat incongruous with the rest of the data.

Licenses are being held by young and old alike, as well as those in middle age. Men, women, and people from a variety of backgrounds would appear to be finding gainful employment within the security industry. Clearly, the job appeals to a broad spectrum of people from many different walks of life.

Furthermore, the security industry does seem to be somewhat resurgent at the time of writing. In January of 2014, for example, SIA license holders numbered 339,940 – a full 30,000 less than we saw 6 years later.

The demand for qualified security personnel has not diminished, either. Recent (February 2021) searches of employment websites ‘Reed’, ‘Indeed’ and ‘Total Jobs’ offered a combined 3881 security-based positions waiting to be filled, the vast majority of which would require an SIA licensed applicant.

It is to the subject of COVID-19 that we now turn. Perhaps the global Coronavirus pandemic, which has surely impacted all areas of British industry by now, can offer a satisfactory explanation for this data?

This year, it was reported that security guards suffered the second-highest COVID-19 mortality rate of all the nation’s occupations. This was widely reported and could have served to discourage some potential applicants from seeking a license until after the pandemic has passed.

A perceived lack of available work could also be a factor. Each time the nation has entered various states of lockdown, traditional sources of employment for security guards have been shut down. These include pubs, clubs, public buildings, summer festivals, cinemas, and any/all entertainment venues. It is possible that some people balked at the prospect of spending their money on a license that they felt would no longer guarantee them regular paid work.

Further, those deemed to be ‘high risk’ by the government due to pre-existing health conditions or advancing years may have been shielding or self-isolating and therefore unable to find work – a situation that would not be conducive to purchasing a license.

Certainly, these and other pandemic-related factors may well account for some people not applying for SIA licenses after training to do so. However, it would be remiss of us to lay the burden of well over 20,000 fully qualified people declining to purchase a license solely at the feet of the pandemic.

Of course, the pandemic has undeniably altered the working practices of many security operatives in the UK and elsewhere. However, this isn’t an entirely negative trend. Retail security guards, for example, have taken on extra responsibilities in addition to their traditional roles. They are now often required to explain how ‘one way’ systems work, as well as ensuring that masks are being worn by customers and that other safety measures are being successfully implemented. This is just one example among many.

Post-pandemic, security operatives are more visible and now interact with the public more frequently, as well as taking on a multitude of extra duties. In fact, even as traditional sources of employment appear to be drying up, demand for trained security personnel still remains high – and seems to be growing.

So, as we have seen, the pandemic cannot be the sole contributing factor here.

Perhaps there is another explanation? An SIA license costs £190 and must be renewed every 3 years. Along with the fees of the training course, the combined cost of beginning a career in the security industry can run as high as £500 or more – and that’s before the operative in question has worked a single shift.

Is it possible that a person who has successfully completed their SIA training may also be looking elsewhere for work? And, if so, might that person take a more obviously reliable (and less dangerous) position if it were offered to them?

This seems feasible – and the law of averages suggests that it has happened at some point, but it isn’t the only answer we need.

An interesting avenue connected to this notion, however, is that of the applicant actively looking for work elsewhere. It is possible for a person over the age of 19, who is in receipt of state benefits such as Job Seeker’s Allowance (JSA), income support, or universal credit, to be offered SIA training free of charge as a means of the state finding them gainful employment.

An SIA license is a great vehicle for the government to use for these types of schemes, as we have stated above, there are plenty of jobs available and the training is completed in a relatively short period of time.

The person in question may not wish to pursue a career in security, but may be coerced to attend the course for fear of benefit sanctions, or may simply attend in order to demonstrate that he or she is actively seeking work.

When the course is complete, said applicant may decline to pay for a full SIA license on the grounds that

a)   He or she cannot afford to do so.
b)   He or she does not feel particularly suited to or is physically or mentally unable to do the job (due perhaps to issues such as anxiety, inability to resolve conflict, or physical disability).
c)    He or she finds that the job is too far removed from their existing skill-set and area of education/training.
d)   He or she finds employment elsewhere.

In such cases, applicants, though fully trained, may opt not to pursue this career path any further.

If we consider the perceived scarcity of post-pandemic work, fear of the pandemic itself, lockdown measures (including shielding, self-isolation, and quarantine), and economic hardships/uncertainty as pandemic-related factors, and then consider the lack of money and/or desire on the part of the unemployed to work in the industry (it is a tough job – and it definitely isn’t for everyone) as general contributing factors, this would appear to account for at least some of the discrepancy between the numbers from 2019 and the numbers from 2020. It provides, if not a complete understanding, then at least a convincing partial explanation to account for the drop-off.

To combat these factors, relevant parties might consider publicity/recruitment campaigns highlighting the increased duties that security workers have undertaken since 2020.

The British public has rightly shown enormous support of and empathy for NHS staff, emergency services, and other ‘front line’ workers during the pandemic. It may not hurt to remind people of the important work being done every day by security staff across the nation in order to elicit a similar outpouring of goodwill and/or applications.

Additionally, SIA trainers might place a greater emphasis upon methods and strategies for earning good money from security work. This would make applicants considerably more confident regarding their employment prospects after completing the course – and therefore more likely to purchase a license.

It might also be possible for the government to back a small loan to an unemployed course graduate who wishes to purchase a license. Said applicant could pay back the loan over a predetermined time period. This would certainly help those who wish to make a career out of security work but lack the funds to do so.

This method is occasionally utilized by larger employers, with the payback being in receipt of 6-8 months employment within the company, but that means you are stuck within a job for that time period.

Continuing (and improving) measures aimed at tackling knife crime and violent assault would also help in this regard. Such measures would certainly include adding more police officers to Britain’s streets, which would improve the safety of security staff enormously.

The numbers discussed here are expected to improve once the pandemic has passed – and we sincerely hope they do. In the meantime, this analysis is intended only as an overview of the issues presented herein.

This article was written by the security blog workingthedoors.co.uk, security is an excellent industry to work in and contains rewarding work, getting past the training and paying for the license is a hurdle that most entering an industry would find hard, but once you have your SIA license a whole industry is opened up you, with a constant stream of work available, even within a pandemic.

Different Types of Cameras You Need to Know About in 2021

Seven Different Communication Systems You Can Use At Your Venue 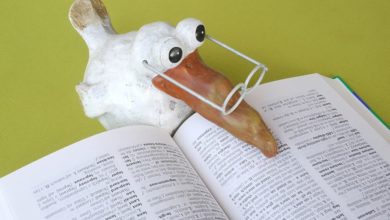 Using a Graph Maker To Ensure Your Business’s Cybersecurity 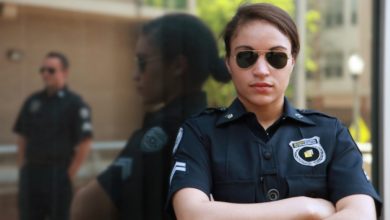 How to Train to Become the Perfect Security Guard 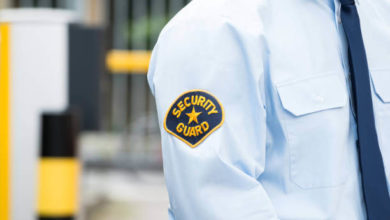 Should you Hire a Security Guard for Your Home?